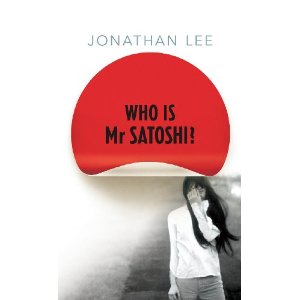 “The motion of opening the door unsettled a lot of dust inside. I didn’t know it at the time, but the dust would be the first of many things in my mother’s world to be disturbed by my interference; soon nothing would remain settled, nothing would stay still.”

As you close this book the word that springs to mind to describe the story is ‘clever’ as it is brilliantly put together but still manages to leave you with space to add your own thoughts.

You have to concentrate as the details are given over time and the story of the main character, the photographer Rob Fossick, unravels like a fern providing the background on his current drugged up to the eyeballs with anti-depressants rejection of society.

The last action of his mother before she dies is to ask him to deliver a package to Mr Satoshi and as a result she not only sets her son on a track to re-engage with the world but also on a collision course with his own mother’s secrets.

But there are moments when you never think he will get there. Unable to leave his own home without panic attacks and still failing to come to terms with the death of his wife in a nighclub fire Fossick seems an unlikely candidate for a trip to find an old friend of his mother’s in Japan. Although called Satoshi the hunt it on for Reggie a sweetheart of his mother who went to Japan after the end of the Second World War.

At this point Lee shows the benefits of a great deal of research into post-war Japan and the world that Reggie would have inhabited. His hunt for the man takes him to modern Japan and provides him with the chance to face his demons. A friendship with a Japanese student who is facing her own problems with a mother dying of cancer shakes Foss out of his own introspection.

But it is the challenge of unraveling the mystery of Satoshi that draws Foss out of himself and also provides distraction for his girl friend who acts as translator and grief counselor when the occasion demands it. Finding Satoshi raises as many questions as it answers but is done in a way that leaves you pondering on the answers yourself which is a great pay-off as a reader.

There are themes here that echo throughout the book and once you identify them and tap into the frequency it becomes a rewarding experience. One of the most obvious is that Foss has the agony of not being able to save his wife from fire and faces the same situation with Satoshi. But there are also echoes of the past influencing the present with people reaching the end of their lives still showing the ability to shock and shape the lives of those still living very much in the present.

The research and knowledge of Japan that Lee clearly has at his fingerprints makes this book work and produces a tale that is love story, detective novel and history book all in one.

What I like about the style here is the way the character and his history starts to unfurl like a slowly opening flower. You start by meeting him just at the point where his mother dies but you soon get the back story about the death of his wife, the loss of his motivation to continue to be a top photographer and his dependence on medication and aversion to crowds.

But despite his reclusive nature you can’t help but like Rob Fossick and get drawn in as he discovers an old love affair between his mother and a childhood sweetheart and attempts to carry out her dying which to deliver a package to Mr Satoshi.

The ptoblem is not just going to be finding Mr Satoshi, which is a nickname for a childhood friend, but coming to terms with what delving into his mother’s past will mean for his own future.